On Thursday, May 12, 2011, I participated in a panel covering “Social Media & the Arts.” The esteemed panel had various brilliant minds from Detroit’s music, fashion and traditional design inner-worlds. The event was impressive. I have to admit that my friend, Sola Obayan of BTO Solutions, did a great job with the help of a few key folks. The event impacted me so much that I have been inspired to write some new posts.

First order of business, the one thing that was missing for this month’s Social Media is a Party was Detroit’s talented music business professionals. There were a few musicians in the house, but there should have been more. I take some responsibility for that, but there are many days where I just want to host a support group with like-minded people. That being said, I want to have an event with the following people:

… and many many others

I am setting the stage as I believe Detroit music business professionals are key to the revitalization of our region.. Where are you guys? When can we get together? What do you think we should discuss? I know I have many topics I could pine about extensively, but I want to hear from you – my peers.

Apparently, someone hacked the Music Videocast leak, because it has made its way to YouTube. It’s viral, y’all! Fat Beats still cannot contain it.

The quality has been diminished. It is obvious that the visuals are supposed to be scintillating, but they’re fuzzy now. I would say this may have an effect on Black Milk’s brand, but I may be jumping the gun. Let me know what you think.

We found this over at the Fader blog:

Shouts out to my man Tate of Gorilla Funk Mob, who is the middle drummer in the video. He gets like no solo shots. I see you though, bro’!

EDIT:
I found a much better version over on House Shoes’ blog!

All right, at least the viewer can enjoy it now. If you love Tronic, then make sure you tell all your folks about it! This is Black’s breakout record!

So I was on MySpace today and a musician that I am somehow friends with posted this video that he’s featured. The video is for none other than Black Milk for his first single, “Give The Drummer Sum.” 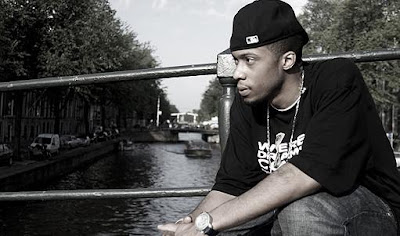 Now at first, I was wondering what was wrong with said musician. I figured he may not be technically savvy, so I clicked the link to check the video. I’m led the Music Videocast site, only to find that there is no way to embed it. WTF?! Why would Black not want folks to share his video?

In this day and age, you want as many people checking for you as possible. I have never been on Music Videocast until today and I wasn’t impressed. I actually got spammed before I could see the video! That’s not good. The shape of the video was awkwardly proportioned. I could tell that the video was supposed to be stunning visually. The Music Videocast generator is not doing it any justice. They need to get this video removed, like immediately.

I know Black is on Fat Beats, so I am imagining this is more their fault than anyone else’s. I have heard about issues the label has from folks that have worked with them in some form or fashion, whether it be on staff or as an artist on the label. The thing is, they’re one of the only games in town now. One would think they would be with the times though. Fat Beats, this is unacceptable. Y’all need to get it together. This should be Black’s breakout record. He’s given you plenty to use at this point.